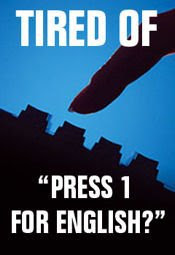 Out of the blue, a woman I used to work with almost 18 years ago "Friended" me on Facebook a few months ago. I remembered her, but honestly I had not thought of her since we parted ways lo those many years ago. "Hmm - FB sure is a nice way to keep in touch and re-connect", I thought as I accepted the invitation. Shortly thereafter, I discovered that in the time we had been apart, my ex-coworker had metamorphosed into a knee-jerk, goggle-eyed, tea partying arch-conservative.

On a side note, Minnesota is fine place to live, but one of the things I like least about this place is that these people will commonly be heard to say "That's different!" when what they really mean is "I do not like that" (i.e., different = bad). This tribalistic group-think permeates a lot of Minnesota from what I can tell, and the natives don't even seem to be aware of it. This same phenomena is dominating our national politics as well.

Generally speaking, I value diversity of opinion. In fact, I will deliberately read something that I know I won't agree with because it's stimulating and helps to make sense of any issue. My old/new Friend provided me with such material ad nauseam. Links to rants from Glen Beck, pissy op-eds about how health care reform will destroy Life As We Know It, etc., etc.... The last straw was when she "Fanned" a xenophobic FB page bitching about people who speak foreign languages. Here's the link if you want to see what the sane people are up against here.

Despite my thinly veiled boast above about being tolerant of other opinions, the "Press 1" post was the last straw for me; at some point, staring into the abyss becomes too scary. I joined the hate group long enough to remind them that only "True Americans" had been rounded up by their ancestors and moved on to reservation prison camps, and that anyone else had to have been an immigrant once upon a time. Then I quit the group, severed the relationship, "un-Friended" her, whatever.