First Responder to a Bike Crash on Summit Ave. 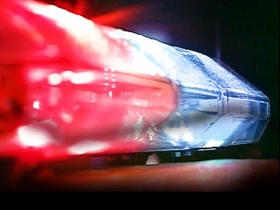 On the way back from my LCI class this afternoon at around 4:00 or so, I witnessed a pretty serious bike crash on Summit Ave. near MacAlister.

I was riding back from Selby-Dale on Summit Ave. and caught up to a group of four college-age riders heading west on Summit somewhere west of Ayd Mill Road. I tucked in behind them and slowed down rather than passing, because they were a little bunched up and there was traffic, plus I was not in a hurry and enjoying the ride.

A couple of blocks later (mid-block near MacAlister St. I think) one of the young women in the group appeared to either touch the wheel in front of her or hit a grate with her front wheel and lost control of her bike - her front wheel turned sharply left and rear wheel lifted off the ground and to the right. She lost control and fell into the traffic lane on Summit Ave, striking her head and face on the pavement.

Fortunately, the SUV coming up behind us stopped quickly. The rider's friends immediately stopped and told her to not move (good idea) while I took control of the traffic and directed a pedestrian to call 911. Within a few minutes an emergency room nurse stopped and took over the first responder duties and a few minutes after that the ambulance came, followed closely by two police cars. When the police showed up, they took over the scene and the young woman was already in the Ambulance, heading to St. Joseph's Hospital. All told, we were probably out there for about 15 or 20 minutes.

No cars were involved in this crash - it was either a solo bike crash or a bike-bike crash.

This was a scary crash - the rider was unconscious for a few minutes and was a little combative when she came to, so I would not be surprised if she sustained a concussion, but I am certain that her helmet probably saved her from much more serious injuries. It was also an eye-opener to see such a severe crash happen on a straight road with no intersections in dry, daylight conditions. While it's likely that a lack of group riding experience or distraction was the root cause of this crash, even the most experienced cyclist's attention wonders now and then. This was a graphic reminder of the consequences.

Scary to see this on what was otherwise a lovely ride home. Hopefully she will be okay.

On an unrelated note, I passed my LCI and will get my certification number in the coming weeks. Now to  do some teaching and and lose the "in-training". I feel that was quite an accomplishment and will bring a new dimension to my cycling, so I am thrilled to have that under my belt. Stay tuned for more on that both here and over at Cycle Twin Cities.
at 9:27 PM